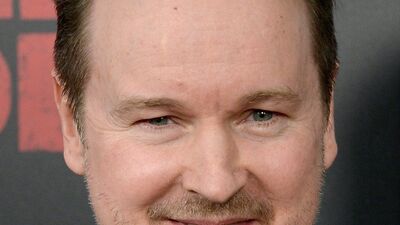 Matthew George "Matt" Reeves (born April 27, 1966) is an American screenwriter, director, and producer. He is the writer, producer, and director of The Batman and GCPD. Matt Reeves previously worked with Andy Serkis and Dylan Clark in Dawn of the Planet of the Apes and War for the Planet of the...

Okay, so, this theory's a long shot, and I would be shocked if it were true, but I think it has a little plausibility to it, so I thought I'd share: what if Matt Reeves' The Batman is DCEU canon, and they just haven't told us? Remember, DC Films and Warner Bros are trying to distance themselves from the Snyder films, so they probably would want to avoid the DCEU connections in the marketing, since they might believe that'll get fewer fans in the theaters (WB is dumb enough for that). But the timelines do match up (save Gordon, but they can just retcon that, they're lazy enough), and Reeves has a track record for respecting other films in a franchise, as he proved with the Planet of the Apes films. Plus, we know he respects Snyder and his work.

He may be trying to revitalize the DCEU Batman by giving us one of his earliest adventures, and giving him more depth by showing us his past. Imagine the story being told in flashback by Ben Affleck, or maybe he shows up in a sequel!

I know, I know, it's a long shot, but I just thought I'd share. Anyone have any ideas, maybe that this theory has more water that I'm not seeing?